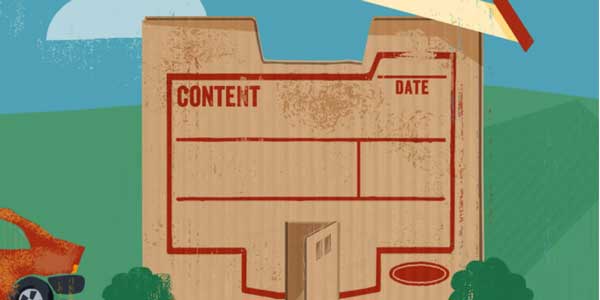 Letting go is so overrated

He gushed about how he had upgraded to a multi-CD stereo, how he diligently kept track of the mileage per gallon he averaged in a notebook that he stored in his glove compartment. I smiled dreamily. I didn’t really care what he was talking about,I simply adored his passion. He was smart and funny and approached life with enthusiasm. I was smitten.

Twenty-three years later, that cute boy is nowmy husband. And that formerly shiny, red car is sitting in our driveway.

It’s now a matte rose color. The seats have turned into shredded foam enveloped by ill-fitting covers that continually slip off. The driver’s side door handle is fractured — the 1-inch piece of plastic that remains is the only way to unlatch the door. The passenger side seat belt decided a couple years ago that I should have to pound the clip into the buckle with the heel of my palm for it to fasten.

Every day, my husband drives his 1995 ToyotaTercel. I’ve given up asking when he will get rid of it.

Holding on to sentimental things is nothing new forhim. He has a storage box for high school, one for his beloved years atNorthwestern and one for each of his previous jobs, all filled with mementos.He saves receipts from special dinners and ticket stubs from movies orconcerts. We recently moved, and when I asked why he still had a boombox —aftertesting and determining that the dual cassette player no longer worked — heheld it above his head à la John Cusack to show me his Say Anything moment is still possible. That’s why.

Sometimes, though, in my most deeply insecuremoments, I can’t help but wonder if he’s only with me because he was nostalgic.

After he picked me up in that shiny, red car, webegan dating. He was a senior, however, and about to graduate. He found a job2,000 miles away, and when you’re both young and both ambitious, distance canbe hard.

We broke up after less than two years oflong-distance dating while I was still in Evanston, and we didn’t speak for 12years while I worked through my emotions.

In the meantime, he got married and divorced,reached out to me to try to mend the burned bridge, and I refused to speak tohim. Simultaneously, I couldn’t seem to find a relationship that would lastbeyond three dates. Apparently I had my own things I couldn’t let go of,either.

Nearly 13 years after we last spoke, I sent him an email. It wasin response to a Facebook friend request he’d sent a year earlier, which Iaccepted at first — until I remembered my heartbreak and unfriended him a daylater. I apologized for that and told him I’d like to try to be friends.

The emails were sporadic for four years until one day, as Icomplained yet again about how I managed to only find and date the same type ofmen who were entirely wrong for me, a friend asked if I’d ever dated anyonedifferent.

“There was this one guy …” I said, rememberingthe boy with the shiny, red car.

I sent him an email and asked if we could talk.Our first phone call in 16 years led to another. And another. And more emailsand texts and finally a suggestion that we meet up in person. Less than threemonths after that meeting, we were engaged. A year later, we were married.

What hadn’t changed in all that time was thepresence of the Tercel. In our nearly two decades apart, it had become aneyesore and a safety hazard.

Earlier this year, one of my husband’s worst fears about hisTercel came to pass: It failed the annual state inspection. A crack in a sidemirror — one that had been there for six previous years when it passed — wasthe culprit.

Even though I realized this could be my chanceto be rid of the atrocity, I thought back to what the car means to him. Iremembered how, even now, in the glove compartment is the very same notebookwhere he has fastidiously tracked mileage since the first fill-up — with someof the mileage numbers penciled in by me nearly 20 years ago.

I thought of all that and how his inability tolet go might have even, in some small way, led him back to me.

So I encouraged him to attach a new, crack-freepassenger side mirror — a cheap fix that helped the Tercel live for anotheryear.

That car is as old as the origination of ourrelationship, and I only hope that all of us can continue to endure for yearsto come in the same well-loved way.